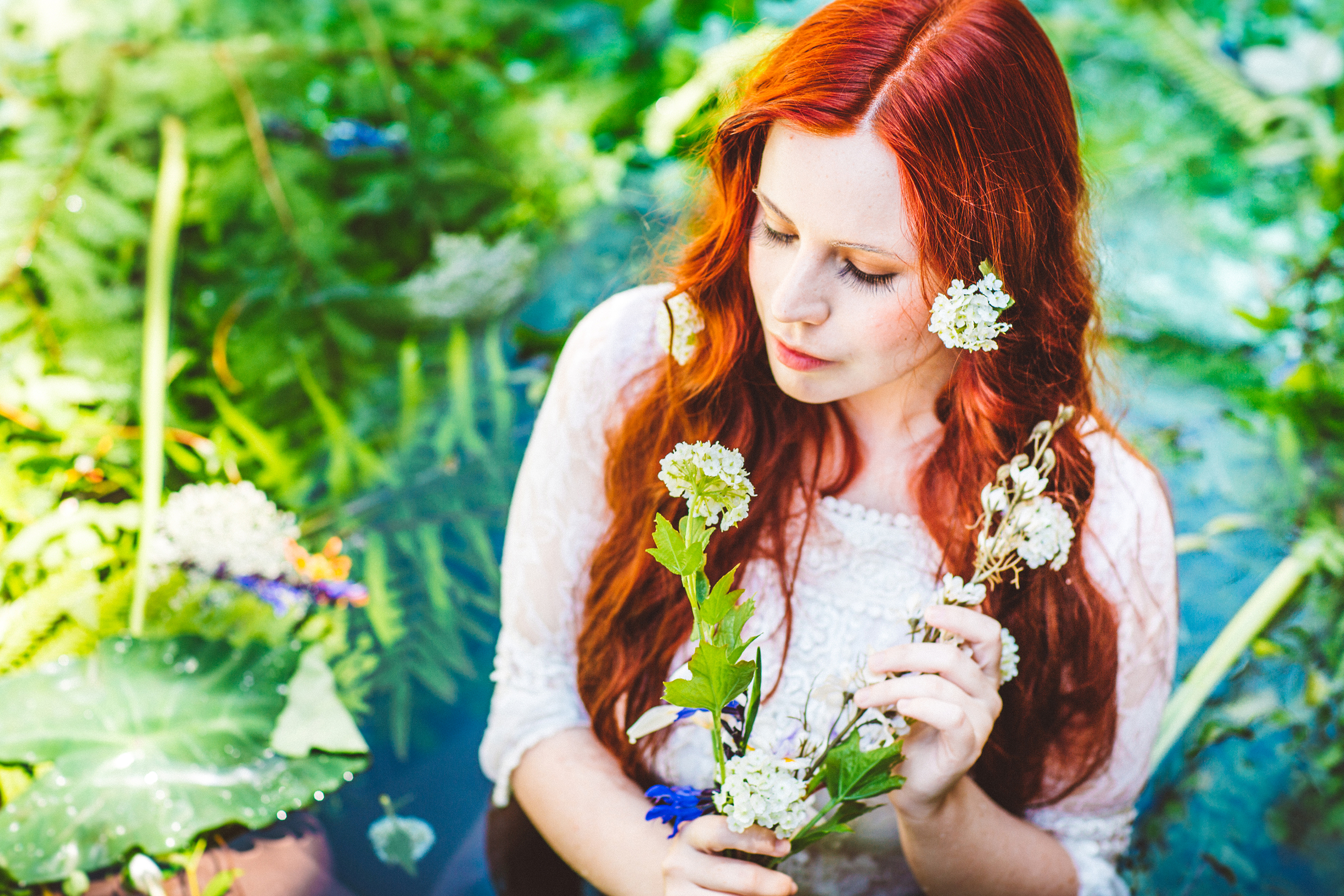 The myth of Ophelia from Shakespeare’s Hamlet is a romantic one, and is something I’ve longed wished to depict in a photo series. Ophelia so pined for her love that she lay in the river with a garland of flowers, where her dress let her lay softly on the top of the water for awhile. Little by little the weight of the water and the depth of her emotions pulled her down slowly beneath the water. Only her flowers remained. 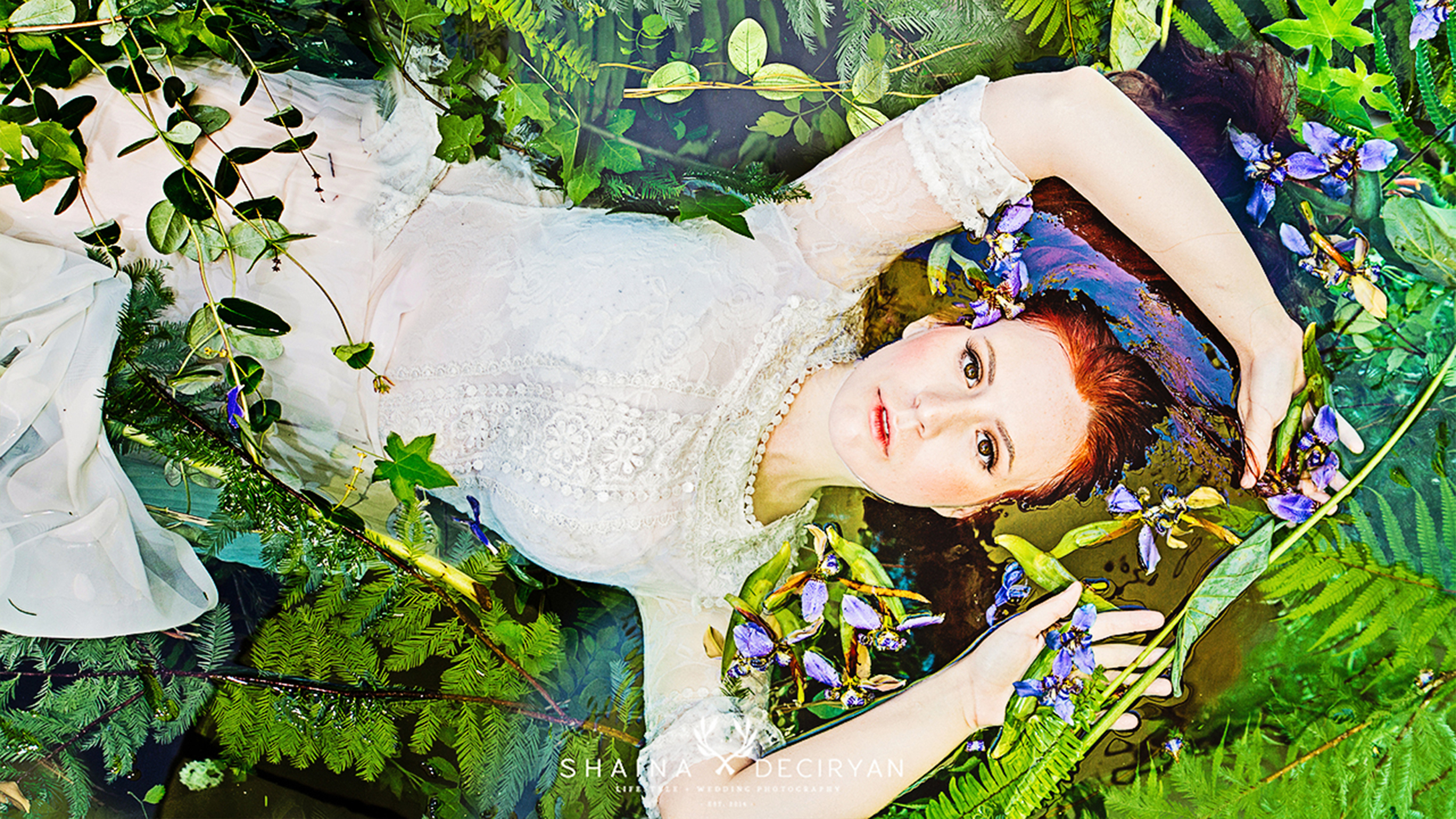 For this series I was inspired by the painting Ophelia, painted in the Pre-Rapheolite style by Sir John Everett Millais around 1852. This painting has always enchanted me visually, but the curiosities that surround it make it especially intriguing. Millais painted the landscape portion of the painting on the fly ridden banks of the Hogsmill River in Ewell, England where he was threatened with a trespassing notice and met with such wild weather that he built a hut that made him feel like Robinson Crusoe. Next he painted in Ophelia based on the model Elizabeth Siddal, who posed for countless hours in a 4 quid gown during the winter in a bathtub warmed by oil lamps, which burned out and caused her to take ill. Her family sued him for her medical expenses, which he skipped out on. A water vole which Millais spotted in the area while painting was originally depicted paddling next to Ophelia in the water, until his relatives were disgusted by it and it was painted out. A sketch of it still exists beneath the portion of the painting hidden by the frame. The Victorian’s were fond of the language of the flowers, or floriography, wherein each type of bloom holding it’s own story or symbol. The flowers in the water are tribute to Ophelia’s garland, and tell their own story of the brevity of life and death. The painting was regarded poorly when it was first released, and was sold for 300 guineas, but after Dalí and other modern artists loved the perverse beauty of it, it’s now been referenced by countless films and novels within pop culture, and is held at the Tate Britain, where I was able to see it in person back in 2006.